You are here: Home / Conditions / Fibromyalgia / Medications for Fibromyalgia: Too Many Don’t Work

Too many medications for fibromyalgia just don’t work.

For all that the drugs have done for Fibromyalgia (FM), the evidence suggests that none of these drugs are particularly helpful for many people with FM. Dr. John Quintner of the National Pain Report points out that the Number Needed to Treat (NNT) for Lyrica indicates that only one out of ten FM patients taking Lyrica is likely to receive a fifty percent or greater reduction in pain. It’s one out of six for Cymbalta and one out of eight for Savella. That means only a small percentage of FM patients can expect their pain levels to drop really significantly on these drugs. via Prohealth.com


You Can Get Free Gift Cards For Shopping, Searching and Discovering What's Online at Swagbucks.com

I’ve tried them all, you probably have too. The three major drugs approved for Fibromyalgia: Lyrica, Cymbalta, & Savella.

I’ve always understood that for a drug to get approved it has to help 50% of the people 50% of the time (basically if half of the people see a 50% reduction in whatever symptom, it can get approved). According to Dr. John Quintner at the National Pain Report, the reality is much worse.

Of course, medical studies to approve medications typically do not include a diverse group of patients. There are good reasons to keep the patient group as similar as possible. The problem is that the reality of the patients used to test a medication and the patients who actually end up taking that medication are vastly different.

According to Dr. Quintner, the number of patients who are helped even a fraction of the time are often as low as 1 in 10.

For Fibromyalgia patients, the NNT for Lyrica is 10; for Cymbalta it is 6; and for Savella it is around 8-10.

This means that only one out of 10 patients taking Lyrica (Preglabin) will have pain relief of 50% or more. Only one out of 6 taking Cymbalta (Duloxetine) will have relief of pain and only about one out of 8 taking Savella (Milnacipran). –National Pain Report

Outside of the main three approved medications for fibromyalgia, there are many others that are used off-label by doctors to treat various symptoms. Unfortunately, they typically work at about the same rate.

I had no luck at all with the Big 3. I think the longest I lasted on any of them was about six months (for both Savella and Cymbalta) before the side effects became intolerable. I didn’t last a week on Lyrica. The improvement I did get from Savella and Cymbalta was minimal. The only med I’ve seen any real improvement with is Gabapentin (Neurontin), the older cousin of Lyrica. It seems to help my nerve pain.  After a decade this is the only fibromyalgia medication I still take.

I often wonder why / how they can get away with marketing medications that show so little real improvement. The reality is that the likelihood of getting relief from one of these meds is not much higher than that of a placebo. Yet, so many medications remain unavailable that have shown much stronger efficacy. Medical Marijuana is one such drug, that has been shown repeatedly to reduce symptoms of fibromyalgia, yet it is still not widely available.

Legal in only a handful of states, used illegally in every other state. In recent years we have seen the widespread legalization of CBD oil made from hemp. CBD is one component of marijuana and can help with some symptoms without the high that is often associated with marijuana. I’ve been taking CBD for several years now and I have found that it helps me sleep well at night and also reduces anxiety during the day.

Too many meds for #fibromyalgia just don't work for most patients. What have you found to successfully treat your symptoms? Click To Tweet

So, what say you? Have you tried medical marijuana? Does it work for you? What medications for Fibromyalgia have you tried that actually worked? (Share your thoughts in the comments below). 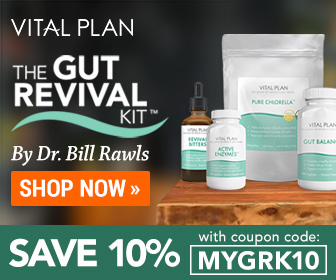