You are here: Home / Treatment / The Vital Plan for Chronic Illness

What would make me add 24 pills a day to my already heavy daily pill regime? Finding a protocol that works, that’s what. And, Vital Plan Restore Kit is that protocol when it comes to Fibromyalgia, Lyme, & CFS/ME.

The Vital Plan Restore Kit was created by Dr. Bill Rawls, a doctor who has suffered from the same things we deal with. He created this protocol to help himself and in turn has now helped thousands of others. 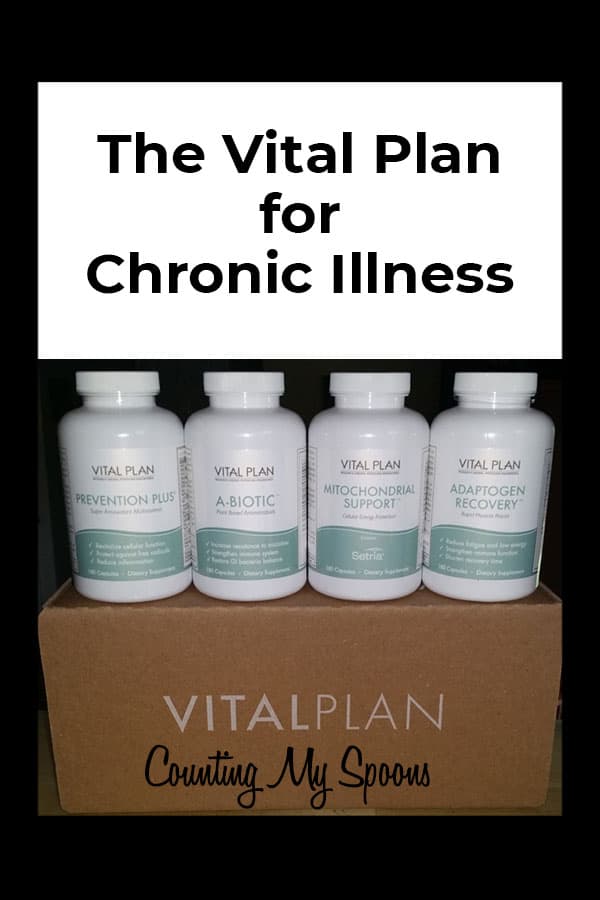 Unfortunately, there was just so much info there that trying to figure out what to try was just overwhelming. I’d already made the major diet and lifestyle change he advocated so I just stuck with that.

For those who haven’t read those reviews, Dr. Rawls is one of us, except that he also happens to be a doctor.

Several years ago Dr. Rawls, like most of us, found himself ill, chronically ill. Whether it was Fibromyalgia, CFS, or Lyme (he pretty much lumps them together) doesn’t matter, what matters is that as a result of his illness he had to sell his medical practice, and like so many of us set aside his life’s passions.

Thankfully, Dr. Rawls had the fortitude and the medical background to dig deeper. He didn’t rely on what he’d learned through Western medicine.

Like many of us, he found that major changes to his diet and lifestyle, as well as supplementing with a combination of herbs was the answer for him. He’s since put his protocol to the test on thousands of patients and is back to work as a doctor, now treating the chronically ill.

Dr. Rawls offered to let me try his Vital Plan Restore Kit for three months in exchange for sharing my experience here on my blog. At first I declined.

This was right about the time that my mom was diagnosed with cancer and I felt that with the added stress and the effect that would bring it would be difficult to tell if the Vital Plan was really helping. So, I put it off until we knew mom was doing well.

Initially, I had a hard time with the full protocol (it’s 12 pills in the morning and 12 at night, on top of what I was already taking). 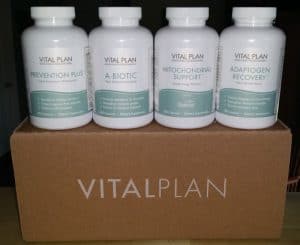 Something else I was taking or doing at the time was also messing with my stomach so when I initially tried to add all 4 of the supplements to my diet my stomach reacted negatively.

I backed off, and the great support people at Vital Plan suggested that I slow things down and re-introduce the herbs in a specific order. So, I did that and eventually I was able to take the full protocol.

In addition to the 4 supplements when you sign up you will also receive and email and video series to help walk you through the diet and lifestyle changes, diet and recipe guides, and checkpoint surveys. 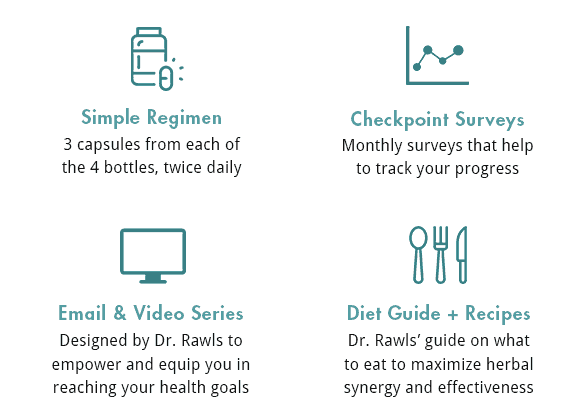 The email series comes daily in the beginning and tapers off as you get further into the program. I really enjoyed it as it helped keep me motivated, but at times it was a little overwhelming (probably because I already get a lot of email).

My suggestion here would be to provide a way to restart that whole series of emails and surveys.

The checkpoint surveys help you see how far you’ve come. The only problem I had here was that I got them early on and then had to put the whole plan on hold a bit and by the time I was really fully on the protocol the surveys were done.

It was several months before I was fully on the protocol. I will say that taking 12 extra pills each morning and night was no easy task.

Dr. Rawls does suggest that you follow-up taking your pills with eating a banana or something light to make sure that they go all the way down. I found that taking them with a warm drink (usually a hot tea) was helpful.

I know some have mentioned that they weren’t sure about taking the Prevention Plus at nighttime because of the B vitamins in them. Those do provide energy and can keep some people awake. I didn’t see any increase in this issue taking the full protocol both morning and night.

It wasn’t until I had to stop taking all the herbs prior to my endometriosis surgery in early March that I really saw the difference that the Vital Plan had made for me. It’s funny how sometimes you don’t notice improvements until they are gone.

What I’d not realized until that moment was how much more energy I’ve had lately. How instead of going out on Friday night and being dead Saturday, I was going out on Friday, going all day Saturday and then going out again on Saturday night. That’s been the huge difference that I’ve seen.

That week off the Vital Plan protocol was enough to convince me to stay on it for a while.

Over time I also saw real improvements to my GI issues. It is suggested that you take these supplements with food. I found that doing so really helped my issue and helped me get more regular.

Taking the supplements without food (especially in the morning) was more likely to result in GI issues.

I did follow up with Dr. Rawls via a phone call to discuss the improvements I’ve seen and not seen and he made a few suggestions on things I may want to try.

Dr. Rawls says it can take several months to really see all the changes that the Vital Plan can bring. I took it for close to two years in total and can definitely say that I saw real benefits from it that have remained with me longterm.

I am not a doctor. I do not claim to be a doctor. I do not play a doctor on TV or the internet. I simply share my experiences and what has worked for me. We are all different and before you try any new treatment, exercise, supplement, etc you should talk with your doctor (the real one, not the one on TV).
532shares