You are here: Home / Conditions / Fibromyalgia / Can MBSR help fibromyalgia?

After years of being interested in mindfulness and meditation, I finally signed up for a mindfulness-based stress reduction (MBSR) course in 2017.  I’d only recently learned what MBSR was from reading The Whole Health Life by Shannon Harvey, which talks about the Mind-Body connection and how we can heal by using that connection.

I love the idea of meditation, I’m just lazy. After reading Harvey’s book and seeing the many studies cited regarding the use of mindfulness-based stress reduction to help with many illnesses, including the symptoms of autoimmune illnesses like Lupus. I wanted to know more.

I went in search of information about how MBSR could help fibromyalgia and found a 2015 study published in Annals of Behavioral Medicine.

The study discussed how the Cortisol Awakening Response differs in those with Fibromyalgia. Cortisol is also known as the stress hormone. Stress, as we all know, plays a huge role in Fibromyalgia.  Meditation can be an excellent way to reduce stress and Mindfulness-Based Stress Reduction (MBSR) is the most studied type of meditation.

MBSR is a 8-week course created by Jon Kabat-Zinn created to cultivate mindfulness and awareness of the present moment, through a combination of meditation and yoga.

Completed studies of MBSR have found that pain-related drug utilization was decreased, and activity levels and feelings of self esteem increased, for a majority of participants.” – MindfulLivingPrograms.com/WhatMBSR.html

The MBSR program helps you develop a non-judgmental focus on your experiences and learn to pause and choose the way you will react rather than reacting without thinking (as we too often do). Previous research has shown that those who go through a MBSR training have a decrease in symptoms including pain, stress, and fatigue. 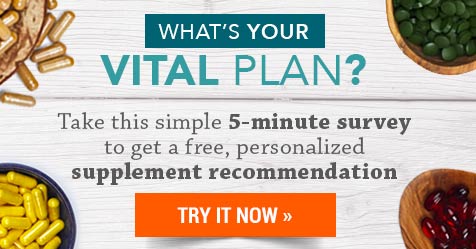 91 female patients with Fibromyalgia participated in the 2015 study. 51 patients participated in MBSR (only 42 completed) while the remaining 40 patients were the control group. The participant group was larger to allow for the likelihood that not all would complete the therapy or would likely miss some training. Participants were assessed at baseline, at the end of the 8-week program, and again 2 months later.

Participants met weekly for 2.5 hour-long sessions during the 8-week course, which was instructed by an experienced MBSR instructor. Patients were introduced to both formal and informal meditation techniques including body scanning – an attention-focusing technique that focuses on fully scanning the body and directing attention to various areas of the body, sitting meditation, meditation while laying down, and meditative movement (using yoga poses).

In addition to the weekly class, participants were encouraged to practice three techniques for 45 minutes per day, 6 days a week. At each follow up session, participants were asked to report the number of times during the week that they had participated in meditation.

The control group was used as a comparison during the study, but were offered MBSR training after the study ended.

Patients were assessed throughout using a questionnaire to evaluate their:

Additionally, cortisol levels were measured at waking and throughout the day for two consecutive days

Results at the end of the study showed a decrease in both perceived stress and severity of other symptoms. These improvements were still visible at two months after the treatment ended (we can only assume that these patients continued with what they learned after the the study ended).

Improvements in sleep and fatigue were also noted. There was a correlation between the number of times per week that participants actively meditated on their own and their improvement scores. The more they meditated the better they felt.

One problem with this study is that those who participated were already functioning at a fairly high level (obvious since they were able to attend weekly meetings).

I was in a similar state when I took the course in 2017. I was already functioning pretty well and my symptoms were overall rather low. However, I still found the course very helpful. The primary benefits I found were reduced stress and anxiety, and improved sleep. I also found that through taking the course I was much more mindful overall. This increase in mindfulness helped me improve my eating habits, be more productive, and refocus some life goals.

I would say that I continued to see those benefits for at least a year after taking the course. As I sit here now, almost three years after taking the course, I would say that I still have some valuable skills and I find meditation much easier now (however, it’s still not the habit I’d like to make it). I could really use a refresher course.   The PainCare virtual reality app has been beneficial in that way as it makes meditating easier.

The reality is that mindfulness, or meditation of any sort won’t heal Fibromyalgia, but it can play a huge role in helping to control the symptoms. Stress is a factor that increases symptoms, so through meditation people can learn to reduce and control their stress. Thus, stress has a lower impact on the symptoms of Fibromyalgia overall, allowing a better quality of life, fewer symptoms, and better sleep. 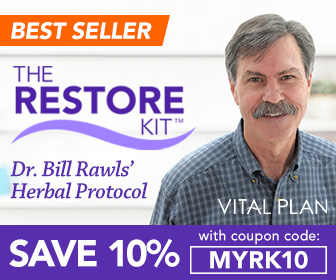