Back in March of 2013,  I posted about the Fibromyalgia blood test that had just become available, nope not through your doctor, but through a company that believes they’ve isolated something that allows them to determine from your blood whether or not you have Fibro. It wasn’t something that your insurance would likely pay for anytime soon, and still isn’t. Why? Because it’s still under a lot of controversy. I’d actually completely forgotten about it until I saw this video from my friend Ken McKim over at Don’t Punish Pain. He talks about the discovery of how cytokines levels are different in patients with Fibromyalgia, specifically about the study from Dr. Gillis, who happens to be the founder of EpicGenetics, the company offering the blood test. 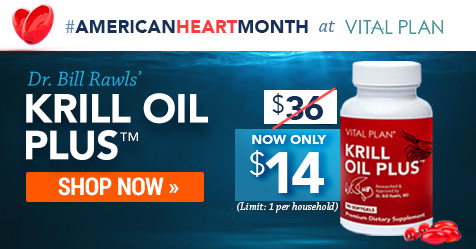 What are cytokines? Cytokines are substances secreted by  cells. There are many types but particularly they play a roll in our immune system. So, if this all proves to be true it might finally lead to Fibromyalgia being labeled as an immune disease (something many have long believed anyway). This would also make sense given the overlap of Fibromyalgia with so many other immune diseases like Lupus, and RA.

Back to the studies:

1. In the study by Dr. Gillis and his colleagues, 110 Fibro patients were compared with 91 healthy individuals. 8 different cytokines were measured, and on the base of just measuring in plasma alone, there was no significant different. However, when they stimulated the cells to activate extracellular expression, using two different methods. Using one method, there was a significant difference in 6 out of 8 of the cytokines, using the other second method there was a difference in 8 out of 8 methods. I’m not a doctor and I don’t know anything about the methods used, but a significant difference is a significant difference. So, there’s definitely something there. The question remains what that something is exactly, and how do those numbers compare to other possible issues that could be causing that difference? They did mention that there is an overlap in three of these cytokines with Sjogren’s (another immunological disorder). There is also some overlap with testing on those with depression and/ or chronic pain.

Does it really sift out Fibro from other possible immune diseases and disorders? Only further study will really show this, which is likely why we won’t see the blood test approved as a means of diagnosing Fibro for a good long while. 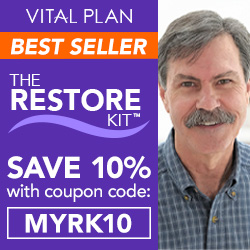 2. A 2010 review of the existing research on Cytokine production and Fibromyalgia examined 10 different studies. One really interesting thing about this paper is that explains why doctors even began to look at cytokine function related to Fibromyalgia. Evidently, back in the 80s they started noticing the similarities of symptoms in patients with cancer, who were receiving a specific cytokine as part of their therapy, to symptoms of Fibromyalgia. The problem (as indicated in Gillis’ study) is that each study looks at different cytokines and stimulates them in different ways. So the results vary, sometimes the cytokine is significantly lower, sometimes it’s significantly higher, and sometimes there’s no difference at all. Another issue is that when cytokine production is looked at in relation to specific symptoms (chronic pain, sleep, or depression) the results also vary. Each cytokine seems to be associated with different symptoms, so it’s a matter of which one do you look at specifically for Fibromyalgia? Again, something that still needs more study (and is continually being studied). Another issue is that many of these studies have very small sample sizes (less than 20 patients) which makes it very difficult to have significant results.

The good news is that there may be an answer eventually, the bad news is that it’s too early to say that we have one. There is a lot of research going on related to Fibromyalgia and attempting to find the cause. It’s good and bad that the research is coming from a lot of different angles. We have research here that seems to show that Fibromyalgia may have an immunologic cause (or not), and other on-going research into the possible connection with neurological disorders.

If these types of studies do nothing else, they should encourage all of us who have been diagnosed with Fibro to take part in research. You may not want to jump on research of new meds, but if the research is an attempt to find a way to diagnose our disorder it would be worthwhile to participate. They can’t find an answer without our help.

So, is the Fibromyalgia blood test real? That remains to be seen and (IMO) it’s probably not yet worth paying the out of pocket expense to have the test done.

[Tweet “#Fibromyalgia Blood Test? Is it real? Does it work?”]