I had forgotten that I like to cook. I think I go in phases with it and after switching to gluten-free I moved away from cooking quite a bit. Most gluten-free recipes seem to involve endless lists of ingredients and are just complicated. However, my best friends gave me a waffle iron when they moved and well… I like waffles.

I’ve made a few batches using gluten-free mixes and they were quite good. I was even able to freeze the leftovers and enjoy them later. Unfortunately, gluten-free waffle mixes are still REALLY high in carbs and sugars, enter this recipe for Gluten-free, Keto Belgian Waffles. 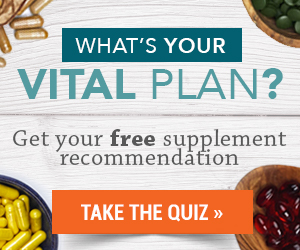 I’ve been playing with cooking more and more lately, and I’ve also been playing with the Keto diet a bit. I can’t do it 100% because my stomach just can’t handle the high levels of fat required. I’ve looked into doing Keto without a gallbladder and even bought some enzymes, but so far I’ve just not managed to pull it off. However, that doesn’t keep me from at least trying to lower my carb intake.

So, when I saw this pretty easy recipe for keto pancakes the thought crossed my mind that I could probably modify it into waffles pretty easily (and I did).

It took me a couple of tries and to be fair the first couple of waffles from this batch were not all that. So, I modified further as I went, and turned up the cook time. In the end I had some waffles that I was proud of and that I felt rivaled the boxed mixes in taste.

These waffles can be modified further by adding chocolate chips, nuts, or berries to the mix prior to cooking. I’m a big fan of chocolate chip waffles (and yes I know this will up the carb count). Also, if you really want to get naughty and you have some gluten-free “oreos” on hand, crush those up and add them to the batter. I’ll be shocked if you can handle more than a half a waffle at that point.

As it was with this recipe, they were so good that as I ate mine I thought for sure I’d be going back for another. However, they were so rich and filling that I actually ended up leaving a few bites of my waffle (oh the humanity!)

So, if you’ve got a waffle maker, definitely give these a try. If you don’t have a waffle maker and are now craving pancakes, give this recipe a try (it’s the original recipe I modified – to be fair I never actually tried the pancake recipe).

I modified a keto pancake recipe to create these Belgian waffles… and they are so good!

Please let me know if you enjoy posts like this. I know this isn’t a recipe blog but I wanted to share this and I do have a few others that I will most likely share (unless I hear a mass “please no” from you.